Fast and Furious 6 was another superb creation about fast cars and lots of blowing ups. I think this serious getting better and better. It’s already the 6th movie and they have able to keep fans stick to the movie serious.  Also they are making things better and more existing. Something sad happen in this movie too at end.

Like all fast and furious movies then one has some great classic muscle cars. Here’s some of these great models,

This time they even use a tank ! I’m not sure most of it are special effects or not (has to be) but they have done a great job. But that’s not all. There is this great Plane chase which happen fro 15 minutes. Okey it’s not something happen or have a chance to happen in real life because there aren’t  runaways where they can do a stunt like that but it’s impressive. Not sure about the plane they are using it for. Looking like a C-5 Galaxy or Antonov 124.

They end the movie with showing what’s going to happen in Fast and Furious 7. There will be another new actor a known one in another car chasing movie series. But this time he act as villain. 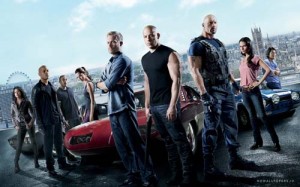